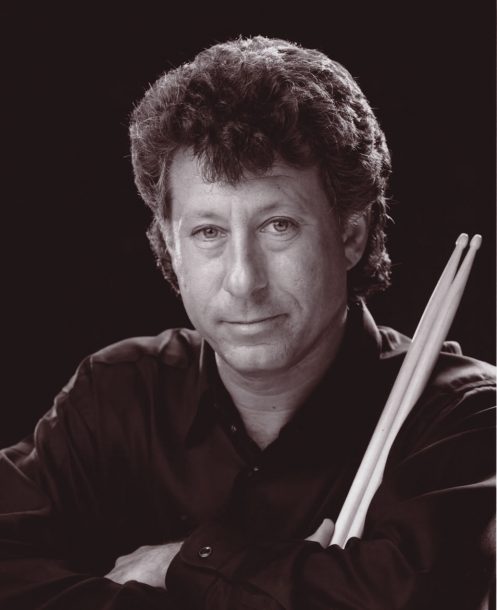 “It was an immense undertaking,” says the New York native who moved to Philadelphia in the mid-’70s and has been a stalwart on the jazz scene there ever since. “I conceived of the idea back in 1999 and then kept going forward with session after session, recruiting these remarkable players along the way. And the real challenge was in establishing chemistry with each different trio each time we hit in the studio. The idea was to not only interpret a piece of music and make it sound decent but hopefully let it really lift off as well.”

Cohen succeeded in getting several elevated takes with his various trio mates. With LaSpina and Monder, a harmonically inventive guitarist who has worked extensively with Maria Schneider’s Orchestra and Paul Motian’s Electric Bebop Band, they radically reinvent such timeless vehicles as “All the Things You Are,” “I’ll Remember April” and “All or Nothing at All.” Says Cohen, “The great thing about Ben is that when he plays a standard it’s always going to be totally different than what you expect it to be.”

Rosenwinkel is featured alongside bassist Richmond in a rare bop setting, burning his way through a blistering rendition of Sonny Rollins’ “Airegin.” He also turns in a relaxed rendition of John Coltrane’s “Lazy Bird,” which Cohen underscores with a Brazilian baiao rhythm. “I almost felt guilty abstracting standards out of Kurt,” says Cohen. “It’s like asking him to cross back over some line that he had put to rest a long time ago. But then again, Kurt can’t help but be Kurt. His sound and phrasing are so unique. His thing is definitely present regardless of what tune he does.”

Cohen’s Philly colleague Johnson, a fiery guitarist who has played with the likes of Jamaaladeen Tacuma and Ronald Shannon Jackson, appears on provocative takes of Duke Ellington’s “Caravan” and Miles Davis’ “All Blues.” He also breaks out his arsenal of effects on an expansive version of Jimi Hendrix’s “Third Stone From the Sun.”

Bollenback, longtime sideman to B3 organ burner Joey DeFrancesco, turns in a faithful rendition of McCoy Tyner’s “Passion Dance” alongside bassist Revis, while guitarist Abbasi joins bassist Hebert for a highly impressionistic take on “You and the Night and the Music” and a dramatic reading of “You Don’t Know What Love Is,” which Cohen colors with mallets and cymbals. One of the best-kept secrets of The Guitar Trio Project is Bruce Saunders, an abundantly creative six-stringer who has been flying under the radar for the past 20 years on the New York scene. His slowed down, 5/4 rendition of “Cherokee” and his odd intervallic leaping on Chick Corea’s “Inside Out” provide some high points here.

“I think playing guitar trio is a more difficult trio situation to play in than a piano trio,” says Cohen, “because the space that a guitar player creates is a different space as you hear it from a drummer’s standpoint. It’s just sort of the nature of the beast.” Meanwhile, Cohen is already halfway into his next recording-another trio project, this time focusing on B3 organ players.

Become a JazzTimes member to explore our complete archive of interviews, profiles, columns, and reviews written by music’s best journalists and critics.

Jonathan Butler’s optimistic music belies a dirt-poor childhood growing up in a South Africa segregated by apartheid. Live in South Africa, a new CD and DVD package, presents a sense of the resulting inner turmoil, mixed with dogged resolve, that paved the way to his status as an icon in his country and successful musician outside of it. Looking back, the 46-year-old Butler says today, the driving forces that led to his overcoming apartheid-the formal policy of racial separation and economic discrimination finally dismantled in 1993-were family, faith and abundant talent.

“When we were kids, our parents never talked about the ANC [African National Congress] or Nelson Mandela,” he says. Butler was raised as the youngest child in a large family. They lived in a house patched together by corrugated tin and cardboard, in the “coloreds only” township of Athlone near Cape Town. “They never talked about struggles so we never knew what was happening.”

Become a JazzTimes member to explore our complete archive of interviews, profiles, columns, and reviews written by music’s best journalists and critics.