From October 30 to November 4, 2018, the pianist, singer, composer, and bandleader Jon Batiste played a six-night residency at New York’s Village Vanguard. Those who couldn’t be there in person will soon be able to get a taste of what went down, thanks to Verve Records. Six recordings from those fall shows will be available starting August 2 on an album called Anatomy of Angels: Live at the Village Vanguard.

Batiste, perhaps best known as the bandleader on CBS’ The Late Show with Stephen Colbert, sticks mostly to playing piano on Anatomy of Angels, though he does sing on one song, a version of Ray Noble’s “The Very Thought of You” on which he’s joined by singer Rachael Price from the eclectic band Lake Street Dive. The album’s four other cuts include three Batiste originals—”Creative,” “Dusk Train to Doha,” and the title track—plus a septet arrangement of Thelonious Monk’s “’Round Midnight.”

Bassist Phil Kuehn and drummer Joe Taylor, both members of Batiste’s group Stay Human (a.k.a. the Late Show band), make up the rhythm section throughout the album. On “’Round Midnight” and “Anatomy of Angels,” they are joined by alto saxophonist Patrick Bartley, tenor saxophonist Tivon Pennicott, and trumpeter Giveton Gelin. Two more Stay Humanoids, trumpeter Jon Lampley and percussionist Louis Cato, guest on one track each (Lampley on “’Round Midnight,” Cato on “Anatomy of Angels”).

“The music on this release is all live, no edits or retakes,” Batiste said in a statement. “It’s a snapshot of live art. I composed and arranged these songs as vehicles for exploration, to be dissected and put back together, live in action, never to be played the same way twice. Listen to this with open ears, eyes occasionally closed, a full heart and empty hands – listen without distractions and it’ll gift you. Someone in the audience at this show witnessed an angel appear on stage in the midst of the band during our performance. I believe them.”

As a result of the rapid spread of the Omicron variant of the coronavirus, several jazz organizations and presenters have had to pivot and reschedule … END_OF_DOCUMENT_TOKEN_TO_BE_REPLACED

UPDATE 1/19/22: This story has been revised to include the new date and location of the 64th Grammy Awards ceremony. Today (Nov. 23) is a … END_OF_DOCUMENT_TOKEN_TO_BE_REPLACED 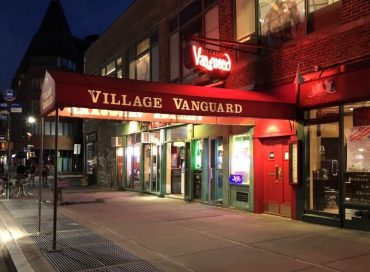 The venerable Village Vanguard, which has been presenting world-class jazz from its Seventh Avenue South basement location in New York’s West Village since 1935—and which … END_OF_DOCUMENT_TOKEN_TO_BE_REPLACED

The first African-American composer to win an Academy Award for Best Original Score was Herbie Hancock, who contributed music to the late Bertrand Tavernier’s classic … END_OF_DOCUMENT_TOKEN_TO_BE_REPLACED