The Savannah Music Festival has always celebrated a diverse cross-section of American roots music, with jazz as one of several genres represented. The 2022 edition of the festival is no exception, with several jazz artists and groups appearing between March 24 and April 9. During its first week, March 24-28, the festival will feature “Remembering Ray Brown” with bassist Christian McBride, pianist Benny Green, and drummer Jeff Hamilton, as well as the Sean Jones Quartet, the Spanish Harlem Orchestra, and Dee Dee Bridgewater and the Memphis Soulphony presenting “Memphis … Yes, I’m Ready.” Guitarists John Jorgensen and Frank Vignola perform during the second week (March 29-April 4). And during the final week of the 17-day festival, the Emmet Cohen Trio and vocalist Samara Joy will appear. Among the notable roots-music artists performing at the festival, which takes place at venues all over downtown Savannah, Ga., are Bruce Hornsby, Béla Fleck, Corey Harris, and Leyla McCalla.

The Savannah Music Festival recently brought on Gene Dobbs Bradford, formerly with Jazz St. Louis, as its executive director, with Ryan McMahon continuing to serve as its artistic director. Tickets go on sale January 14.  Learn more at the festival’s website.

The New Orleans Jazz & Heritage Festival, commonly known as Jazzfest, has announced the lineup for its 2022 edition, which will be held, as it … END_OF_DOCUMENT_TOKEN_TO_BE_REPLACED

The PDX Jazz organization has just announced the lineup for its festival taking place Feb. 17-26, 2022 at venues all over the city of Portland, … END_OF_DOCUMENT_TOKEN_TO_BE_REPLACED 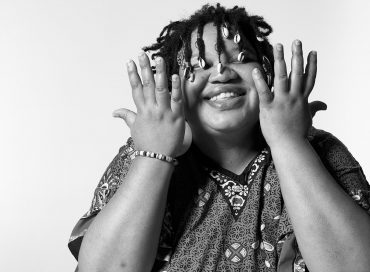 Winter Jazzfest, now in its 18th year as an annual event in NYC, has announced programming for its 2022 edition, taking place at various venues … END_OF_DOCUMENT_TOKEN_TO_BE_REPLACED