Is there any instrument that comes more freighted with specific sonic associations than the harp? A handful of notes summons a celestial tableau, complete with fluffy clouds and cherubs. Australian-born, London-based Tara Minton doesn’t shy away from angelic associations on Two for the Road, her ballad-centric collaboration with bassist Ed Babar. From the opening—her wordless vocals wafting across “Life in a Bubble,” penned by album producer Geoff Gascoyne—the album sustains a lighter-than-air feel, like a soundtrack to an intoxicating, half-remembered dream. The combination of her breathy tone and crisp, clipped diction enhances the music’s almost surreal quality on Gascoyne’s deliberate, step-by-step arrangement of “On the Sunny Side of the Street,” one of several standards that Minton and Babar deploy within their sensuous soundscape. It’s easy to see why Björk, who knows well how to deploy the harp and all its associations, recruited her for several concerts.

With added percussion textures by Lilia Iontcheva, Minton’s arrangement of harp pioneer Dorothy Ashby’s “Games” flows seamlessly into Dave Holland and Norma Winstone’s winsome “What We Have to Be,” which feels like a companion piece to her tranquil arrangement of “Caravan.” Juan Tizol’s ode to exotic adventure has never sounded more like an invitation to the Land of Nod. In much the same way, her wordless vocal on John Taylor’s seductive “Whirlpool” whets the palette for an almost spookily gorgeous rendition of “The Shadow of Your Smile.” Lennon and McCartney’s “Blackbird,” reharmonized but instantly recognizable, is another gem, featuring some of her best vocal work. As a player, Minton is admirably unflashy and understated, effectively using space so that her rare glissandos really count. Before concluding with a brief reprise of “Life in a Bubble,” she delivers a lovely version of the Mancini/Bricusse title track, a melody she memorably makes her own.

Learn more about Two for the Road on Amazon & Apple Music!

New album, new Protocol: For the fifth release from his long-running project, journeyman drummer Simon Phillips, who’s fueled the music of everyone from jazz pianist … END_OF_DOCUMENT_TOKEN_TO_BE_REPLACED

Bob James made his name in fusion and smooth jazz, but some of us believe the pianist’s acoustic trio records represent his highest art. His … END_OF_DOCUMENT_TOKEN_TO_BE_REPLACED

Jazz Twitter recently devolved into bedlam over the validity of standards, but one thing is certain—they still do what they were designed to do. To … END_OF_DOCUMENT_TOKEN_TO_BE_REPLACED 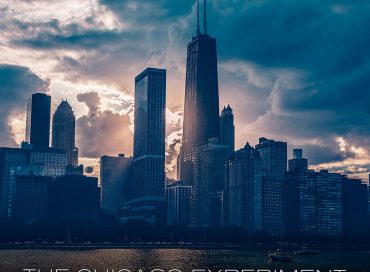 Beginning with 2001’s The Philadelphia Experiment, then moving onto editions inspired by Detroit and Harlem, producer Aaron Luis Levinson and his local casts (?uestlove, Christian … END_OF_DOCUMENT_TOKEN_TO_BE_REPLACED